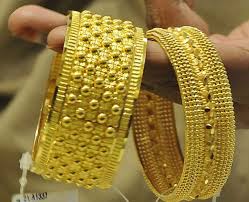 NEW DELHI : India, the world’s largest gold consumer, should target five-fold increase in gold jewellery exports to $40 billion by 2020 from the current level of $8 billion, according to the World Gold Council (WGC).
The country should also put to use about 22,000 tonnes of gold lying idle with households and temples and reduce its dependence on imports in the next five years, it said.
Besides, it should aim creation of five million new jobs across the gold value chain — manufacturing, retailing, assaying and recycling areas, it added.“Our vision for gold is that it should be put to work for the economy, creating jobs, developing skills, generating exports and revenues — an essential part of the financial, economic and social structure of the country,” WGC said in its Vision 2020 for the country.
In the next five years, India should target to be ‘jeweller to the world’ and gold jewellery exports from here should increase five-fold to $40 billion from the current level of $8 billion, it said in a statement.
WGC said that the country should meet 40 per cent of gold demand from its domestic stocks and the rest 60 per cent through imports and mining.That apart, India should target 75 per cent of gold sold to be standardised and hallmarked in the next five years. It should also provide higher loan to value ratio for hallmarked jewellery and ensure mandatory hallmarking for pieces above a designated selling price, WGC said.