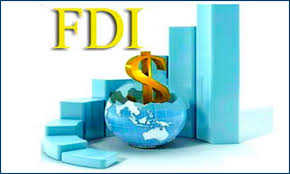 NEW DELHI: India has replaced China as the top Foreign Direct Investment (FDI) destination. According to FDI Intelligence, a division of international media company – The Financial Times Limited, India was the highest-ranked country by capital investment last year, with 63 billion dollars-worth of FDI projects announced.
The report said, the Make in India campaign and the resultant boost in FDI has resulted in a whopping increase in job creation from nearly 1 lakh in 2013 to over 2 lakh jobs in 2015.

In a tweet, Union Minister of State for Finance Jayant Sinha attributed this to the transparent policies and proactive reform measures taken by the Narendra Modi government.