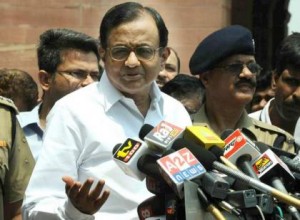 NEW DELHI : Parliament met today for its final session before the national election, and as expected, both houses witnessed angry, loud and persistent disruptions over the plans to bifurcate Andhra Pradesh and create a Telangana state.
In a matter of considerable embarrassment for the ruling Congress, some of its own law-makers say they will move a no-confidence motion against the PM over his government’s Telangana plans. “These are minor hiccups and I hope they will set aside their prejudices for a conducive session,” the PM said.
Finance Minister P Chidambaram was more realistic. “I doubt if Parliament will pass any bill in this session,” he said.Law-makers from different parties have vowed of repeat protests against the government’s decision to split Andhra Pradesh and turn the region of Telangana into India’s 29th state.
The union government has said Telangana, one of the three regions of Andhra Pradesh, will be made India’s 29th state. The other two regions, referred to as “Seemandhra” are virulently opposed to this and their representatives say they will fight the move.
The Congress’ central leadership wants Parliament to debate and vote on the bill that splits the state so that it can make electoral gains in Telangana in the national election. But state leaders from the Congress, including Chief Minister Kiran Kumar Reddy, want the opposite. Unless Andhra Pradesh goes to the polls undivided, they will be punished by voters.
Mr Reddy led an initiative last week that resulted in the Andhra Pradesh state legislature rejecting the bill that the centre wants to push through parliament.
For the Telangana plan to be cleared by parliament, the main opposition party, the BJP, must back it.  “The chief minister himself is openly opposing his party. We are in support of Telangana,” said the party’s Ravi Shankar Prasad but added that the concerns of people from Seemandhra must be addressed.