NEW DELHI : Within days of executing the much unpopular rail fare hike, the Narendra Modi govt has effected a move that could lead to rise in the price of sugar  govt today decided to hike the import duty on it and to provide an additional interest-free loan of up to Rs 4,400 crore to pay dues to cane growers. 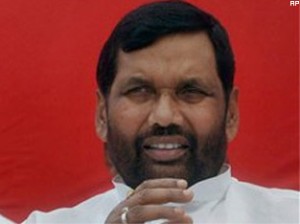 At a high-level meeting convened by Food Minister Ram Vilas Paswan, it was decided that the import duty will be raised to 40 per cent from 15 per cent.It was also decided that the export subsidy will be extended till September this year to give relief to the sugar industry, which owes Rs 11,000 crore to cane growers largely in Uttar Pradesh.
Efforts will be made to implement mandatory 5 per cent ethanol blending with petrol and subsequently achieve 10 per cent blending.The meeting held at the instance of Prime Minister Narendra Modi’s was attended among others by Transport Minister Nitin Gadkari, Commerce Minister Nirmala Sitharaman, Principal Secretary to the PM Nripendra Misra and Cabinet Secretary Ajit Seth.
“We have taken four key decisions. We have decided to extend the interest-free loan given against excise duty paid by sugar mills for five years instead of three years,” Paswan told reporters after the meeting. Industry Body Indian Sugar Mills Association (ISMA) hailed the decision saying this will improve cash-flow of millers and help clear cane arrears.
“There is a need to improve the sugar prices to allow mills to at least cover their cost of producing sugar,” ISMA Director General Avinash Verma said in a statement. Sugar stocks registered a sharp increase following the government’s decision.
Verma said that a 40 per cent duty on imports would ensure that sugar from abroad does not flood the market, which is already surplus with 20-25 lakh tonnes. ”This would definitely improve the market sentiments, domestic sugar prices and better buying by the traders and wholesalers,” he said.
He said today’s decision could result in a rise in sugar prices by Rs 1-2 per kg in the wholesale market from the current range between Rs 28 and 31 per kg. Paswan said mills can avail additional interest-free loans of up to Rs 4,400 crore from banks, he said, adding this will improve their cash flow to make cane payments.
However, the minister said the department is yet to calculate the exact.