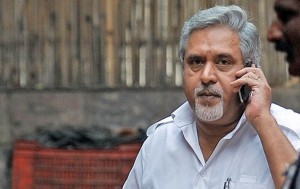 NEW DELHI: In more trouble to liquor baron Vijay Mallya, fresh non bailable warrants have been issued against him and now defunct airlines Kingfisher CFO in cheque bounce case.
ED prepares for watertight case against Vijay Mallya; writes to banks, probe agencies
The Police has been asked to produce them by March 29. Five more non bailable warrants issued by 11th Magistrate Court Erramanzil judge Ranjoji yesterday against Mallya and KFA CFO.
It may be recalled that a Hyderabad court has earlier issued a non-bailable warrant against the beleaguered businessman after he failed to appear before it in a cheque dishonour case amounting to Rs 50 lakh.
GMR Hyderabad International Airport Ltd, or GHIAL, which runs Hyderabad’s Rajiv Gandhi International Airport had filed a petition in the court seeking Mallya’s prosecution for defaulting on payments and cheating them by allegedly issuing cheques that bounced.

Meanwhile, the Central Bureau of Investigation (CBI) has decided  to get Letters Rogatory (LR) issued to seek details of liquor baron Vijay Mallya’s properties and investments abroad.
This is a part of investigation into allegations that he diverted funds raised from government banks for Kingfisher Airlines.As per reports the CBI may shortly move courts to get them served through the foreign ministry.