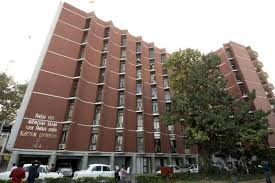 NEW DELHI: The Election Commission is meeting this morning to decide on when assembly elections will be held in Delhi. A mid-February date for polling is expected to be announced for a one-day poll. The Election Commission is likely to make the announcement this evening.
The Delhi assembly was dissolved in November last year, after all three major parties – the BJP, the Congress, and Arvind Kejriwal’s Aam Aadmi Party – said they were not in a position to form the government.
Delhi has not had a chief minister since Mr Kejriwal quit after 49 days in office in February last year. In elections held in December 2013, the capital had delivered a fractured mandate. The BJP was the single largest party, but was a few seats short of a majority and had declined an invitation to form government saying it could not make up the numbers.
The Aam Aadmi Party, which made a spectacular electoral debut by winning 27 seats, formed government with the external support of the Congress, which was reduced to a humiliating eight seats in the 70 member assembly after ruling Delhi for 15 years straight.
That uneasy alliance ended when Mr Kejriwal resigned as chief minister on February 14, 2014, Valentine’s Day. The AAP had sought that fresh elections be held immediately and accuses the BJP of “running away” from seeking a fresh mandate.
Since November when the assembly was dissolved, political parties have campaigned intensely in anticipation of February elections. Prime Minister Narendra Modi addressed a mega rally in Delhi on Saturday to kick-start the BJP’s campaign for Delhi elections. “We need development here, not anarchy. They are good at dharnas… we are good at running government,” the PM attacked Mr Kejriwal.

The BJP is not projecting anyone as its chief ministerial candidate this time, extending the formula that has worked for it in state elections held since the party won a massive mandate at the Centre in national elections last year. It will seek a mandate based on Mr Modi’s development plank.
The Aam Aadmi Party has appealed to Delhi to give it a majority and Mr Kejriwaal the chance to be chief minister for a longer term this time.

NEW DELHI : Days after the Lieutenant Governor recommended a CBI probe into the implementation of the new excise policy,...