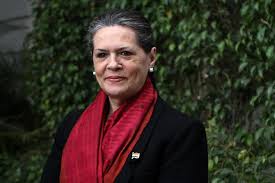 “If any Congress mouthpiece has written something like this, then the All India Congress Committee will look into it,” said former union minister Salman Khurshid.