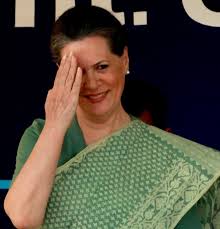 NEW DELHI : The Congress is reportedly seeking the support of Bharatiya Janata Party (BJP) for clearance of Telangana Bill in Parliament on February 12, a day after the Union Cabinet cleared the draft bill.
Senior Congress leaders Ahmed Patel and Digvijay Singh had earlier met former BJP chief Venkaiah Naidu in an effort to garner support for the bill, as per news reports on Saturday.
Despite demands by Union Minister Pallam Raju, the Bill has not made any provision for granting Union Territory status to Hyderabad.With the current session being the last of the 15th Lok Sabha, the government wants that the Bill should be taken up for consideration and passage during the session.
The Cabinet cleared the Andhra Pradesh Reorganisation Bill after a special marathon meeting which was followed by a meeting of the Congress Core Group headed by party President Sonia Gandhi. AICC general secretary Digvijay Singh, who is in-charge of Andhra Pradesh, was the special invite at the meeting.