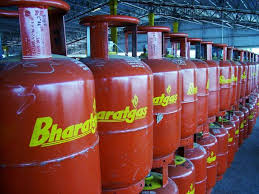 NEW DELHI : Consumers can now switch to a distributor of their choice within a cluster. Are you unhappy with the service of your LPG cylinder distributor? Now you can change your distributor on the lines of the facility that allows mobile phone users to change operators while retaining their numbers. The ministry of petroleum on Wednesday launched LPG cylinder portability across the country, empowering customers to demand better service from their LPG distributors.
The scheme has been launched in 480 districts covering all possible LPG markets and a population of over 8.2 crore LPG consumers across the country. The government had initially launched the portability scheme as a pilot project in 24 districts of 13 states in October 2013.
The Oil Marketing Companies have made more than 1,400 clusters of distributors (retail dealers) in over 480 districts with an average of almost four distributors per cluster to choose from.  The OMCs have rated their distributors on the basis of stars that suggest their performance in providing refill of LPG cylinders to their consumers.
With this, LPG consumers can switch to a distributor of their choice within a cluster of dealers of the same company in the vicinity.A consumer can chose an agency based in its track record. Service ratings of all distributors will be available online.
Now, in the all-India launch of the service, the government has allowed inter-company portability —  surrendering of cylinder to one company and taking a new cylinder from another.  To avail the portability facility, customers need to log into the website of the company (Indian Oil, BPCL, HPCL), register themselves, apply for transfer of agency.
However, transferring the connection to another company, though now made possible, is still difficult.