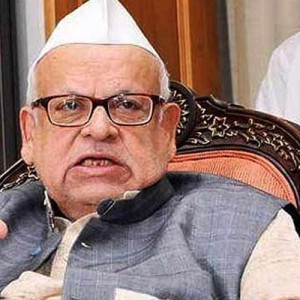 AIZAWL:  Mizoram Governor Aziz Qureshi, who had a running feud with the Centre and even approached the Supreme Court against attempts to ease him out when he was Uttarakhand Governor, was sacked today. Mr Qureshi’s term would have ended in May 2017.
A brief statement issued by the Rashtrapati Bhavan said that “Qureshi shall cease to hold the office of the Governor of Mizoram.”Sources within the government told “It is the prerogative of the government of day to decide who serves as a governor.”74-year-old Mr Qureshi was the first governor to move the Supreme Court against the ruling government, for attempts to sack him.
In August last year, Mr Qureshi had filed a case in the Supreme Court claiming that he was being pressurised to resign from his post. He had alleged that Union Home Secretary Anil Goswami reportedly threatened him to resign or face removal.
With Mr Qureshi’s sacking, this tiny North Eastern state will have seen five governors in last ten months.The circus, as some would call it, began in July 2014, when the then Mizoram Governor Vakkom B Purushothaman, who resigned after serving for three years, refused to take charge of Nagaland – a state he was transferred to.
His transfer was to make way for Kamla Beniwal, who had a running battle with Mr Modi when he was Gujarat Chief Minister. With just four months left in her term, the government transferred 87-year-old Ms Beniwal from Gujarat to Mizoram.
Days after she took charge in August 2014, Ms Beniwal was sacked on the allegations of gross impropriety including misuse of state machinery.Her removal was followed by the transfer of Maharashtra Governor K Sankaranarayanan, who tendered his resignation, refusing to take charge of his new assignment.
The next few months saw former bureaucrat V K Duggal and former Delhi Police Commissioner K K Paul holding additional charge of Mizoram.