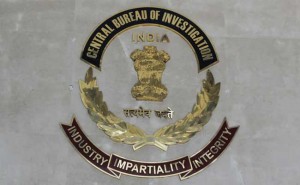 NEW DELHI: After a year-long investigation, the Central Bureau of Investigation has filed a case against JS Maini, a former secretary of chemicals and fertilizer ministry, for allegedly accepting a bribe of $1 million
An agency spokesperson has said Mr Maini’s sons have been named in the case, which involves corruption and criminal conspiracy.
Mr Maini had allegedly helped set up a joint venture between a farmers’ cooperative, Krishak Bharati Co-operative Limited, and a Norwegian firm Yara in 2007.
Yara, which subsequently got indicted by a Norwegian court, had allegedly paid $1 million to Maini’s son Gurpreetesh Maini, the owner of the company Rhine and Ravi.
The money, routed through the company, has apparently been parked in an offshore account.
The agency has conducted searches in the Delhi and Chandigarh homes of Mr Maini and the office of Rhine and Ravi in Delhi. Agency officials confirmed that some incriminating documents have been recovered. Although company officials confirmed the searches, the Mainis were not available for comment.
But the CBI is yet to establish the money trail and no arrest has been made in the case yet.Prima facie evidence of the alleged pay-off, however, was found during preliminary investigations, reported news agency Press Trust of India, quoting CBI sources.
Back in 2006-2007, Yara was negotiating with the cooperative for setting up a joint venture project.
An investigation later established that “an unacceptable payment” of $1 million was made to a “consultant in India” related to negotiations with the cooperative. The company was fined $48 million by the Norwegian authorities.The allegations had been denied by cooperative, which said its officials were not involved in any wrongdoing.