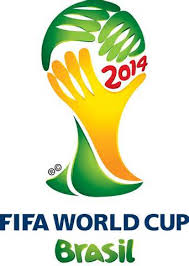 KOLKATA: After election – after victory and devastations and of course, treating Opposition representatives with `rare’ curtsey –  with Samba and Brazil having entered Bengal for next 32 days assured much needed rest to political and economic issues even as bad an issue like torturous profiteers-engineered food inflation!
“Thanks to Bengal and Indians who stopped producing great footballers since `70s whose path-setters not only defeated big British teams and got even a bronze in Olympic, but present deficiency need to opiate with something even greater than that deficiency,’’ said a veteran footballer of Mohan Bagan.
It’s not that FIFA fever doesn’t have the blessings of politicians and another section of profiteers, but “Bengal who should try to bring back the football glory now get satisfied over being opiated, blame also must go to cricket, its more money laundering shapes and forms which eat up almost sports in India, even hockey, but what about a greater human conscience,’’ said another former celebrated footballer of East Bengal Club.
“And now we have no regrets that big football teams are made of imported players to keep these clubs going as we are all not bothered about our national pride,’’ he added. And for politicians  of all colours, right or Left or otherwise, it came as much needed gift, for “the fever would let people remain forgetful at least for 32 days about more pressing issues and problems, at least if nowhere else but in Bengal,’’ said a political commentator who doesn’t share any aversion to either Samba or Brazil!