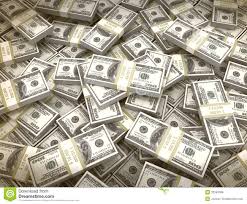 NEW DELHI : Finance Minister Arun Jaitley on Monday said new names of Indians with Swiss bank accounts have come up and their veracity will be checked while 60 prosecutions have already been launched, as a fresh HSBC list revealed by an international body of journalists named more Indians, including big corporates and political leaders.
Jaitley said that the tax department has launched 60 prosecutions from an earlier list of Indian account holders in a Swiss branch of HSBC bank and most of the names revealed in today’s list are known to the government.
“Some new names have been revealed whose veracity would be checked by authorities,” he told reporters here, while adding that the government has put in vigorous efforts towards digging black money during the last 6-7 months.
He was reacting to a story in the Indian Express, which said that 1,195 Indian names figure in the HSBC list with a total balance of Rs 25,420 crore, as part of an investigation by an international body of journalists.
Many of the names have already been disclosed, but there are some new additions, including that of prominent corporate leaders, politicians, NRIs and others.Many of these accounts could be legitimate.
Jaitley said that he had met top Swiss authorities, including Switzerland’s Finance Minister, in Davos last month and it was agreed there that admission by assessees would be considered additional evidence to seek details.
The Indian names revealed today are part of a global list of account holders in HSBC’s Swiss private banking arm and their balances for the year 2006-07. They include persons from over 200 countries with total balance of over USD 100 billion.
The 1,195 Indian names are nearly double the 628 names that figured in an earlier HSBC list that was shared by the French government with India in 2011.
The government has launched prosecution against as many as 60 illegal overseas bank account holders, while penalty proceedings against 350 other account holders have been initiated, Jaitley said.Apart from these accounts, Jaitley said, the revenue department is in touch with the informants for more names.
“Let me clarify in the first round these names which were of HSBC Bank, all these names were not of (all) Swiss banks but of one bank HSBC…In that connection the Government of India and the Revenue Department they did some communications at that time (4-5 years ago).
These were details of 628 accounts,” he said.
In the list, there were some entries with only names, while some accounts were identifiable and some were not, he added.”In the last 7-8 months, there has been vigorous efforts on this and in this effort there are three aspects… We have identified many names. In some cases, which are quite general in nature, where verification of address and details are difficult so the process is on.”
Jaitley said that out of 628 account holders named in the previous HSBC list, assessment in case of about 350 has been completed and the process of imposing penalty has been initiated.
“Remaining assessment would be completed by March 31, 2015,” he said, while adding that legal action would be taken against law violators.Jaitley said that 60 prosecutions have been launched so far and the “names have been made public in cases where prosecution has been initiated.”
All of the account holders may not be illegal as some had disclosed their overseas business dealing to tax authorities while some others on the list were NRIs, he said.
Jaitley further said that the government had sent a delegation to hold talks with Swiss authorities in October last year, as the evidence to proceed in the suspected cases were in Switzerland.
“Switzerland had maintained that since these accounts names have been based on stolen data, the Swiss policy is that they don’t cooperate on stolen data… On October 15, a joint agreement was signed,” he said.
“Last month when I went to Davos (Switzerland), their finance minister and economy minister and their revenue officials met me, and with them, we raised the matter further because in our assessment proceedings, there are some cases in which people have made admissions (about having accounts),” he said.
“The question arose whether admission by an assessee will be regarded as an additional evidence, to which they (Swiss government) said it would be regarded as evidence. Now, in all these cases…Penalty and prosecution is one way of convicting the account holders and taking the amount back from them… that process is now on,” he added.