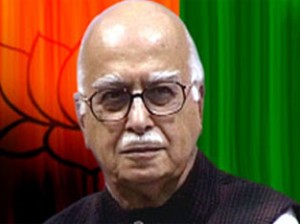 NEW DELHI : LK Advani has been asked by his party to contest from Gandhinagar in Narendra Modi’s Gujarat again, despite the veteran leader’s reported interest in contesting from Bhopal in Madhya Pradesh this time. Senior party leader Sushma Swaraj has reportedly been asked to convey the decision of the BJP’s election committee to Mr Advani, who skipped a meeting of the panel today as details of his candidacy were being discussed.
Mr Advani is a five-term MP from Gandhinagar, but party sources said he is uncomfortable about contesting from Narendra Modi’s Gujarat after he,in a protracted public sulk last year, opposed the BJP’s decision to elevate Mr Modi as the face of the party’s campaign.While the two leaders have publicly patched up, Mr Advani is reportedly worried on how much support he will get from local cadres.
The BJP won a huge mandate in the Madhya Pradesh state elections four months ago. Chief Minister Chouhan is seen as someone Mr Advani is close to and trusts. BJP workers in MP and the sitting MP Kailash Joshi had sought that the top leader contest from state capital Bhopal, where Advani posters have sprung up in anticipation.
On Tuesday, the Gujarat BJP had recommended, after a meeting at Mr Modi’s residence that Mr Advani contest from Gandhinagar again.
Arguing against Mr Advani’s relocation, a leader close to Mr Modi said, “If Advani shifts out of Gandhinagar, Modi’s political opponents will charge that a senior leader like Advani is uncomfortable in Modi’s Gujarat.” LK Advani, 87, was also once the mentor of Narendra Modi, the BJP’s prime ministerial candidate, but they have not been the best of friends for years.