NEW DELHI : Hitting back at the BJP over its campaign against Robert Vadra, the Congress on Monday stressed that “nothing” has been found against the son-in-law of Congress president despite an all out effort to defame him.Congress spokesperson Abhishek Manu Singhvi said, “They(BJP) have spent five months in Rajasthan digging, but have found nothing, three PILs dismissed.”
“Two PILs have been dismissed by the high court and one by the Supreme Court, which recorded in a paragraph that merely because someone is related, he is not a sinner. These are same identical allegations. They have not found a single thing yet,” Singhvi said.The BJP government in Rajasthan under Vasundhara Raje had, earlier, said that it planned to investigate Vadra’s land purchases because of allegations that he had misused the previous Congress-led government’s policy to provide land at subsidised rates for solar parks. 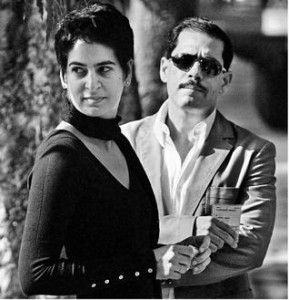 The Congress’ rebut on Vadra came a day after the BJP, Sunday, released a video targeting Robert Vadra where it questioned his land deals in Rajasthan and Haryana. The party also released a six-page booklet titled ‘Damad Shree’ on various deals of Vadra in Rajasthan and Haryana.The BJP alleged that Vadra’s land deals were in clear violation of land regulations which amounts to corruption and claimed the ‘Vadra model’ has become successful due to the patronage provided by the Gandhi family to him.
“Haryana Chief Minister Bhupinder Singh Hooda and the then Rajasthan chief minister Ashok Gehlot to save their posts were eager to help Vadra. There was a gross violation of laws relating to land and environment. The influence of the family helped make Vadra big earnings in the deals,” said Ravi Shankar Prasad, senior BJP leader.The Vadra controversy has steadily moved to the centrestage in the ongoing political war between the BJP and the Congress. Leading from the front has been BJP’s prime ministerial candidate Narendra Modi who has been relentless in his attack on Vadra and the first family of the Congress.
The debate gained further momentum after Priyanka Gandhi came out in support of her husband and defending him staunchly.However, analysts feel the Congress and the Gandhi family have erred by playing into the hands of the BJP by bringing more focus on Vadra and his business dealings.