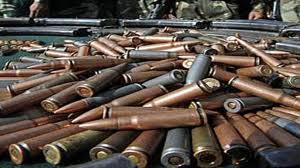 KOLKATA: Compared to Kashmir, Mumbai, Delhi or even State capital, Khagragarh in Burdwan District is a faceless village in West Bengal! And Indian Mujahideen (IM) chose the faceless village to build up an explosive manufacturing unit in collaboration with major terror outfits, like even across the boarder, primarily Jammat of Bangladesh and Al Quaida.

And if by chance the “terrorist centre’’ did not came up with an accidental explosion, killing their men, “IM, Bangladesh’s Jammat, SIMI and Al Quaida other global terror outfits,’’ would have carried out their operations of supplying powerful explosives to strike terror in other Indian cities,’’ admitted a top state police official.

He also admitted while state intelligence failed, “it’s a massive failure of central agencies also which are supposed to have kept a tab on terrorist movements.’’

Incidentally, the explosion occurred on silent Durga Puja days (on 2nd October) when media began enjoying holidays and DD Bangla, a Prasarbhariti channel went on with their celebration telecasts!

But situation changed with arrests of women and male cadres some of hom died out due explosion and end of holidays as West Bengal woke up from sleepthis Monday and top RAW, National Investigation Agencies (NIA) officials entered the faceless village’s tattered house in Burdawn District.

According to intelligence sources, top intelligence officials on the basis of interrogations of two women and a few link men prima facie concluded that “Bangladesh Jammat found this obscure place as secured place for supplying high intensity explosives to Jihadis via Bangladesh and state government didn’t know this!

The trainers of these young women and other linkmen were either madarsa teachers or some who linked to them. “We do not care as long as we fight and lay down our lives for Islam,’’ a women told a top interrogator.

“It’s time more focus is given to Indo-Bangla border and taking up the faceless village discovery issue with Dhaka,’’ admitted a top BSF official in South Bengal range who fear “we could not still have clues where their manufactured arms my have reached by now which a long investigation of these terrorists will reveal. Meanwhile, Union Home Ministry have turned their focus on the discovery of this faceless village in Burdawn where even Pakistan links are expected to add to the grimness and their game plan is beyond Kashmir, commented a BSF official.