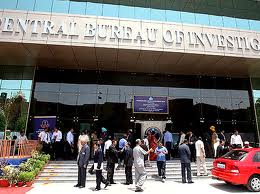 NEW DELHI : A former secretary in the Civil Aviation department has been examined by CBI as a witness in connection with alleged irregularities in the supply of 43 aircraft to the erstwhile Indian Airlines by Airbus.
CBI sources said that the former IAS officer was examined in connection with the deal with the French company as he was part of the process of finalising the contract.
The sources said that the agency had also examined senior officials of Indian Airlines and the civil aviation ministry who were part of the contract formulation and negotiation process with Airbus.Under the contract, Airbus was to set up an MRO centre — (maintenance, repair and overhaul) — here as well. But the sources said that the MRO centre is yet to become functional.
The agency is also sending a team to London to examine a senior executive of Airbus and record his statement in connection with the deal.Sources said that orders for sanctioning the visit of the team, to be headed by a Superintendent of Police, have been issued and it might by next week fly to London to record the evidence.
“Airbus is cooperating with the investigation and cannot say more at this time,” Justin Dubon, Head of Global News at Airbus, had said in comments on the development.
CBI had registered a case in the matter against French company Airbus Industries and seven officials who held senior positions in Indian Airlines, which was later merged with Air India.The sources said that the then officials, including Deputy Managing Director, Director (planning), Director (finance), Functional Director (engineering), General Manager (engineering) and two Deputy General Managers, one of whom is now posted in the vigilance wing, are accused in the case.
At the time of filing of the FIR, Airbus had denied any wrongdoing and refuted the allegations.CBI sources said that the agency had concluded its preliminary inquiry into the matter in 2012 and sought the permission of the Civil Aviation Ministry to prosecute the officials in the case, which was given only in 2013.