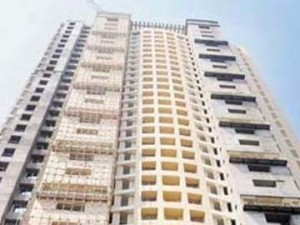 Mumbai :  Indian diplomat Devyani Khobragade, who was arrested in the US for alleged visa fraud, is among 25 illegal beneficiaries in the Adarsh housing society in Mumbai, a judicial commission has said in its report.
The report, which was tabled in the Maharashtra assembly today, alleges that Congress leader and former Chief Minister Ashok Chavan had granted clearances to the housing society in exchange for flats for three of his relatives, Seema Sharma, Madanlal Sharma and Bhagwati Sharma. Mr Chavan was forced to step down in 2010 after his name came up in connection with the scam.
The commission has also said that Adarsh enjoyed the political patronage of two other former chief ministers, late Vilasrao Deshmukh and Sushil Kumar Shinde, who is now the union home minister.
The procedure for membership in the society was arbitrary, lacked transparency and gave scope to nepotism,” the report has said, highlighting 22 transactions that were ‘benami’ or made in the names of relatives.The Maharashtra state assembly dissolved into chaos on the last day of the winter session as the Congress-led government rejected the report.
According to NDTV…The Opposition BJP staged a walkout in protest against the government’s rejection of the report, accusing the ruling Congress of trying to protect its leaders.”The JPC buried the 2G scandal. The Maharashtra Cabinet buries the Adarsh fraud. Can truth be ever buried?” tweeted senior BJP leader Arun Jaitley.Earlier this week, Maharashtra governor K Sankarnarayanan had refused to grant permission to the CBI to prosecute Ashok Chavan.