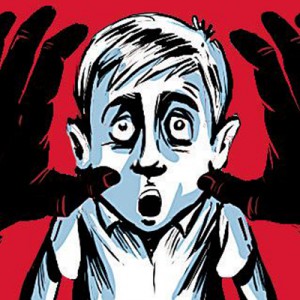 HYDERABAD: In a gruesome incident, a five-year-old boy was murdered allegedly by a man in a suspected case of human sacrifice as part of a witchcraft-related ritual in Prakasam district on Wednesday.
The incident took place this afternoon in Pokuru village under Voletivaripalem mandal, where the accused, Tirumala Rao, was thrashed and set ablaze by locals after the murder came to light, Kandukur Circle Inspector M Lakshman said.
Police, quoting locals, said Rao, a resident of the same village, killed the boy as part of a witchcraft-related ritual.The accused, said to be in his mid 30s, took the boy from an anganwadi (child care centre) to his house, where he performed pujas. He then cut the boy’s head, collected the blood into a vessel and sprinkled it all over his house, they said.
The incident came to light when the victim’s mother went to the anganwadi. Not finding her son there, she enquired and was told he has gone with Rao, police said.The woman went to Rao’s house along with a group of villagers and found it locked. They broke the lock and found the boy’s body in the house.
Villagers launched a search for Rao and managed to get hold of him. They tied him to a pole, thrashed and set him ablaze after pouring kerosene, police said.
After coming to know about the matter, police rushed to the village and rescued Rao, who was first taken to a local hospital and then shifted to Rajiv Gandhi Institute of Medical Sciences (RIMS) in Ongole, the district headquarters, for treatment.
Superintendent of Police C Srikant visited the village to get details of the incident. Lakshman said police have filed a case and investigation was in progress.