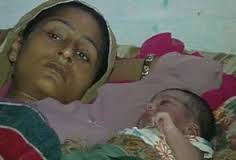 Lucknow :Amid a raging controversy over child deaths in the relief camps for people displaced by the Muzaffarnagar riots in September, the Uttar Pradesh government has admitted for the first time that 34 children below the age of 15 died in the aftermath of the clashes.
This was concluded by a fact-finding committee of the state government, which has contradicted Chief Minister Akhilesh Yadav and his father, Samajwadi Party chief Mulayam Singh Yadav, by saying that over 4,700 riot-affected people are still living in relief camps.
Mulayam Singh Yadav had controversially said earlier this week that there were no riot victims in the camps, only conspirators and political activists planted by the BJP and the Congress.”There are only displaced people in the camps,” said AK Gupta, UP Principal Secretary, Home, while announcing the findings of the committee.
Mr Yadav’s comments were slammed as insensitive at a time child deaths were reported from the relief camps, where several families are surviving the bitter winter with only plastic sheets as roofs.
Media reports had said that 39 children had died in the relief camps due to poor facilities and the government’s negligence. The government’s fact-finding committee, however, says of the 34 child deaths between September 7 and December 20, only 10-12 took place in relief camps of which four were due to pneumonia. The rest died at private or government hospitals where their parents took them, it said. 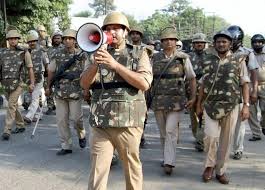 The committee said there was no medical negligence and that no one died of severe cold or any epidemic in the camps. But it has also recommended that the government should improve the facilities in these camps.
“People also have to be convinced to return home to their villages and assured that their needs of safety and security will be taken care of,” the committee said.NDTV.