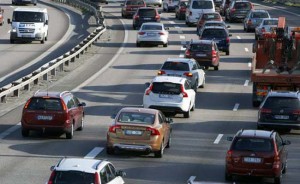 NEW DELHI : Dismayed at the increasing air pollution in the national capital, the National Green Tribunal or NGT on Wednesday held that all vehicles which were more than 15 years old would not be permitted to ply on the city roads.
A bench, headed by NGT chairperson Justice Swatanter Kumar, also directed that wherever such old vehicles are spotted, the concerned authorities shall take appropriate steps in accordance with the law, including seizure of the vehicles.
“It is undisputed and in fact unquestionable that the air pollution of NCT, Delhi, is getting worse with each passing day. It not only projects the very dismayed state of affairs existing with clear indication that worst is likely to follow…
“All vehicles, diesel or petrol, which are more than 15 years old, shall not be permitted to ply on the roads.  This direction would be applicable to all vehicles without exception i.e. two wheelers, three wheelers, four wheelers, light vehicles and heavy vehicles irrespective of whether commercial or otherwise,” the bench said.
It further said that no person shall be permitted to burn plastic or any other material in the open.
“If any person is found to be burning plastic or any other material including tree leaves in the open, he would be liable to be proceeded against in accordance with law,” it said.

The Tribunal also held that in all the markets in Delhi, “it shall be ensured tarred roads for regular traffic are not permitted to be used for parking thus causing avoidable congestion of traffic”.