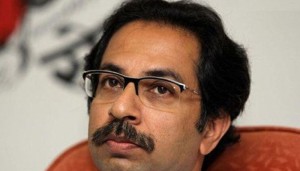 MUMBAI: As Bharatiya Janata Party (BJP) readies itself to form the first government in Maharashtra on Friday, its erstwhile ally Shiv Sena on Thursday said it would take a final decision on whether it will be a part of the Devendra Fadnavis -led government in the western state.
According to  Sena leader Sanjay Raut , party members will meeting today and a final decision will be taken by today evening.  Shiv Sena leaders held a marathon meeting on Wednesday at party president Uddhav Thackleray’s residence ‘Matoshree’ to discuss the pros and cons of joining the BJP-led government.

On record and in private talks, the Shiv Sena is lavishing feverish attention to the BJP which will form the government in Maharashtra for the first time tomorrow.
Shiv Sena leaders should be sworn-in as ministers tomorrow, the party’s leaders have reportedly communicated to the BJP, which has planned a mega inauguration for a small Cabinet headed by Devendra Fadnavis as chief minister. The Sena and the BJP cut a 25-year alliance ahead of the election, with the Sena bearing monumental costs for the split.Sources on both sides say that the economy-size Cabinet telegraphs that a merger is likely to be forged, but some in the Sena feel that being excluded from the first cut of the government will be too sharp a rebuff to live with. Sena chief Uddhav Thackeray has yet to accept the invitation to tomorrow’s grand event at Wankhede Stadium.
But the Sena’s hallmark bravado has been wiped clean. The BJP, which won the most seats in the recent state election but stopped short of a majority, has made it clear that it will not be rushed into deciding its future. Sharad Pawar’s party, the NCP, has said it will support a minority government; a handful of Independents are also willing to align with the BJP.
That has forced the Sena to marshal uncharacteristic pliancy. Its mouthpiece had been enlisted for particularly piercing critiques of the BJP and Prime Minister Narendra Modi; now, editorials offer  ingratiating praise. “With Narendra at the Centre, and Devendra heading the state, we expect ‘achche din’ ahead” says a column today, citing two popular BJP slogans.
The editorial today also unsubtly pitches the Sena as the solution to what it insists are the BJP’s quandaries. “A minority government can work for now, but it goes against the Constitution,” it said, adding, “it is not ideal to run the government on the backing of a party like the NCP. Maharashtra needs a stable government.”