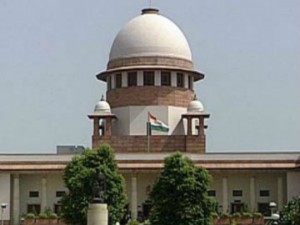 NEW DELHI: The main opposition party Congress has reacted strongly to BJP-led NDA government’s move on the black money issue minutes after the Centre submitted names of 627 people who have stashed huge money in foreign bank accounts on Wednesday.Reacting to the development, Congress leader Manish Tewari told the  “Govt should fulfill its word on bringing back the huge amount of black money stashed in foreign banks and distribute it to the people of India.”
On the issue of Centre revealing all names before the apex court this morning, Tewari said, “The Govt did not do it on its own, the SC order forced it to reveal names of foreign accounts holders. The Modi government should bring the list of all foreign bank account holders in public domain.”Earlier, Congress spokesperson Ajay Makan had reacted by saying, “ SC order on black money exposes ‘lame excuses’ of the Modi government. Congress party welcomes the SC order in this regard.”
Endorsing his views, Congress leader Abhishek Manu Singhvi said, “It is now a legal process, but it raises a question of accountability on the part of the BJP government.”“If you (BJP) have carried out a political campaign night & day, have you been able to bring Rs 55 back in five months?” Singhvi asked.
His Congress party colleague, Rashid Alvi said, “I welcome SC’s order in this regard. Even the Supreme Court has realized that the BJP Govt is doing politics over black money issue.”
Meanwhile, Atul Anjan of the CPI said, “The Supreme Court has echoed voice of nation by rejecting BJP Govt’s affidavit, they are in an embarrassing position now.”Santosh Hegde, former Karnataka Lokayukta, said in his reaction, “I don’t think the Govt had a choice, they had to comply with Supreme Court’s order.”Majid Menon of the NCP came down heavily on the NDA government over the black money issue. “If any good steps are taken in this direction credit would certainly go to SC only, the Govt has been evasive.”
“Centre is trying to avoid responsibility, SC is the last hope of nation and democracy,” Majeed Memon said further.However, BJP’s Sambit Patra defended the Narendra Modi government by saying, “The intention of both BJP and Centre is to bring back black money and declare names. Government had already submitted names to SC constituted SIT, intention of Govt is absolutely clear.”The reactions came minutes after A-G Mukul Rohatgi filed set of three documents to Supreme Court in a sealed cover regarding black money case.The documents include 627 names and status report of their investigation in these cases so far.