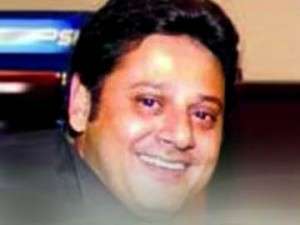 KOLKATA: Tapas Pal, popular Bengali actor and a member of Parliament from Mamata Banerjee’s Trinamool Congress has been caught on camera purportedly saying, “I will ask our boys to go and rape CPM women if necessary.”The footage aired by local TV channels is hazy, but Mr Pal is clearly heard making the shocking threat while addressing party workers and assuring them that members of other parties will not be allowed to harm them. He also allegedly makes other threats.
The Trinamool Congress quickly distanced itself from the comment. “Statements made by Mr Tapas Pal are very insensitive. We do not in any way endorse what he said weeks ago, being played on TV today,” said Trinamool MP, Derek O’Brien. There is, however, no word yet on whether the party will act against Mr Pal, who is a two-term MP from Krishnanagar in West Bengal.

The CPM’s Malini Bhattacharya said her party will move the National Commission for women against Mr Pal and also complain to the Lok Sabha speaker. “What has been reported in the media as a public statement is condemnable…We are going to approach NCW and the speaker. We want to ask parliament to inquire into this.”Ms Bhattacharya said she feared “this will dilute the seriousness of the issue of crime against women.” Mamata Banerjee’s government in West Bengal has faced severe criticism for the state’s record on crime against women.  Tapas Pal, 55, is an award winning actor. His daughter Sohini Pal too is an actor in Bengali films.