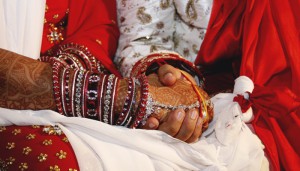 MUMBAI: A court in Bandra granted divorce to a man, who alleged that his wife didn’t allow him to have sex as per her guru’s instructions, according to a report published in Mumbai Mirror.
During the court hearing, the wife of the 30-year-old argued that her husband wanted to indulge in unnatural sex, following which she refused to get intimate.
The couple got married in 2011.
In his petition, the man maintained that on the wedding night he was impressed with his wife as she had brought packets of condoms, on the first wedding night.
However, after four months, the man was astound, as her wife refused to have sex on her guru’s advice. According to the husband, his wife also told him that she didn’t wanted to have kids for the next five years.
While delivering the judgement, justice SA Morey said, “The wife has no sufficient cause for denial of physical intimacy to the husband. Therefore, the act of respondent (wife) amounts to mental cruelty.”
According to the news report, the man also accused his wife of fighting with the family members and also frequently calling him up at his office, causing disruptions in his work.
The 30-year-old in his PIL also said that his wife hacked his account and sent derogatory e-mails against him to his friends.He also maintained that his dream of marrying a woman who would manage his home was completely shattered.
The court also categorically rejected the wife’s claims that her husband wanted to indulge in unnatural sex.