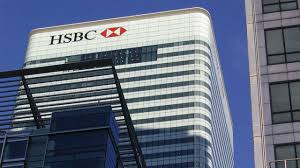 The private banking sector of HSBC is not among the top three players in India, according to sources.The company offers corporate, retail and investment banking services and has about 32,000 employees in India.
This is not the first time that the bank has shut its business. In 2013, HSBC shut its retail broking and retail depository service business down due to which around 300 employees lost their jobs.

In June 2015, Stuart Gulliver, chief executive officer, HSBC announced to shut its loss-making businesses for three years and focus on Asian economies, according to Mint. He also rolled out the plan of laying off 25,000 employees after increasing compliance costs.
Earlier, HSBC Bank was in the news due to the black money probe. The bank leaked a list of account holders who illegally stashed funds in the foreign bank to escape income tax scrutiny. The Income tax department had attached bank accounts worth Rs 2,300 crore of 20 people named in the HSBC black money list.
Two other banks shut private banking business
Just like HSBC two other banks, Royal Bank of Scotland and Morgan Stanley also sold their private banking business units.