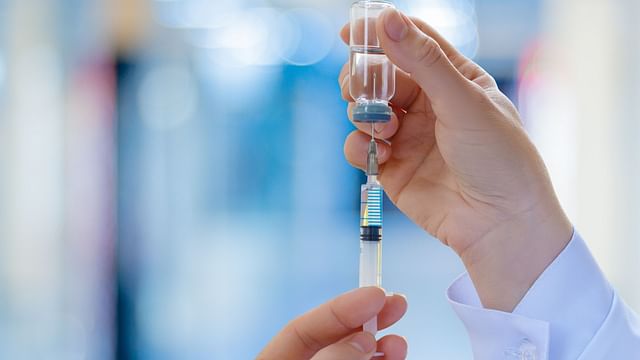 WASHINGTON: The U.S. Food and Drug Administration(FDA) on Friday night authorized the first vaccine to prevent the disease.The vaccine, developed by Pfizer and its German partner BioNTech, appears to be extremely safe and highly effective.

US government advisory panel endorsed widespread use of Pfizer’s coronavirus vaccine Thursday, putting the country just one step away from launching an epic vaccination campaign against the outbreak that has killed close to 300,000 Americans.
The US is now the sixth country to approve the two-dose regimen, after Britain, Bahrain, Canada, Saudi Arabia and Mexico.

President Donald Trump immediately released a video on Twitter, where he hailed the news as a “medical miracle” and said the first immunizations would take place “in less than 24 hours.”It comes as infections across America soar as never before, with the grim milestone of 300,000 confirmed deaths fast approaching.

It was developed faster than any previously approved vaccine in the United States – not by compromising safety or accepting a mediocre vaccine as some feared – but by spending billions of taxpayer dollars and taking advantage of recent scientific advances.

Data from Pfizer’s trial of 44,000 people, half of whom received the active vaccine and half a placebo, found no major safety concerns. The vaccine was 95% effective across the board, with various groups predisposed to a severe case of COVID-19 – such as people over 70, those with certain medical conditions including diabetes and lung disease, and people who are Black and/or Hispanic – seeing nearly equal protection.
The vaccine could start to be delivered into people’s arms as soon as Monday, if not earlier. About 2.9 million front line health care workers and nursing home residents are expected to receive the vaccine in the first few days.
More vaccine will be rolled out in the weeks and months to come, with both of two front runners expected to deliver a combined 300 million doses of their vaccines by the middle of next year, enough to vaccinate nearly half the population of the U.S.
“Today is truly a historic event for humanity as a whole,” said Moncef Slaoui, an immunologist and retired pharmaceutical executive who helped lead the government’s vaccine development effort.
“Eleven months almost to the day after a pandemic virus sequence was identified and devastated lives and livelihoods across the globe, science, industry and government working together were able to discover develop and manufacture in a record time the first of a series of potent vaccines that undoubtedly will be pivotal to ridding us of this plague.”
Moncef Slaoui, co-head of Operation Warp Speed “Today is truly a historic event for humanity as a whole. … No better demonstration could be made that we as humans hold our future in our hands.” The FDA’s emergency use authorization for the Pfizer/BioNTech vaccine BNT162b2 in people ages 16 and up comes as the nation’s COVID-19 death toll tops the number of Americans who died on the battlefield in World War II.
President Donald Trump, who announced the decision in a 3-minute video on Twitter, said he was extremely proud of his administration’s accomplishment in collaboration with scientists and the private sector.
“The governors decide where the vaccines go and stay and who gets them first. We want our senior citizens, healthcare workers and first respondents to be the first in line,” Trump said.
“It is nothing short of a medical miracle to have FDA authorization of a vaccine for COVID-19 just over 11 months since the virus was made known to the world,” said Alex Azar, head of the department of Health and Human Services in an emailed statement.

Dr. Stephen Hahn, the FDA commissioner, called the authorization “a significant milestone in battling this devastating pandemic that has affected so many families in the United States and around the world.
“Next week, a second candidate COVID-19 vaccine, developed by the Cambridge, Massachusetts-based Moderna, will go through the same review process and is expected to be swiftly cleared for use.

The FDA will stop short of fully approving either vaccine. The agency has received all the standard short-term safety and effectiveness data, but the vaccines have not been tested for the two years typical of an approved vaccine so it is not yet clear how long protection will last.
“I think it’s remarkable,” said Dr. Paul Offit, a pediatric infectious disease expert and director of the Vaccine Education Center at Children’s Hospital of Philadelphia. “I don’t think you would have found a scientist on this planet who would have predicted this 11 months ago,” he said.
Dr. Anthony Fauci, director of the National Institute of Allergy and Infectious Diseases agreed that the speed of vaccine development was almost unbelievable.
“Now it’s our challenge to convince people that it wasn’t rushed in a reckless way, that it was an expression of the extraordinary scientific advances made with vaccine platform technology and the investment that was made,” Fauci added.
Both China and Russia have been vaccinating their residents for several months with home-grown vaccines but they have not been fully vetted. Both countries began distribution before completing large-scale trials designed to confirm safety and determine effectiveness.
Younger, healthier people in low-risk professions will likely get access to vaccination in April or May, depending on demand and how many vaccines receive FDA authorization.
Around the world more than 1.58 million lives have been lost to Covid-19 since it emerged in China a year ago, according to an AFP tally from official sources.
Brazil on Friday crossed 180,000 deaths, despite President Jair Bolsonaro’s insistence the crisis was at the “tail end.”
(With Media Reports)