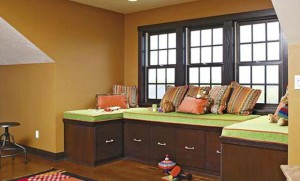 WASHINGTON: Scientists are developing a new kind of ‘smart window’ that can block out heat when the outside temperatures riseThe advance could one day help consumers better conserve energy on hot days and reduce electric bills.According to a study published by American Chemical Society’s journal Industrial & Engineering Chemistry Research, scientists are pursuing smart windows that can respond to a variety of cues, including electricity, gas, light and heat.
Those that are sensitive to heat are particularly useful for cutting down on energy use – when it gets hot outside, the windows turn an opaque white to block unwanted heat from entering a building while still allowing light to pass.They become transparent again as temperatures drop. But current methods for making these windows use jelly-like materials called hydrogels that swell in the heat, which hurts performance.
Chinese researchers, including those from East China University of Science and Technology, Shanghai Institute of Ceramics and Shanghai University of Engineering Science, wanted to address this flaw.
Building on previous advances, the researchers made a version of the hydrogels, but in the form of microscopic soft beads suspended in a liquid. They sandwiched the solution between two pieces of glass and tested it using a model house.When they shined a lamp mimicking solar light on the smart window, it turned opaque and kept the inside of the house cool. The microgel, however, didn’t swell as much as its predecessor.The researchers concluded that their new microgel is a good candidate for use in future smart windows.