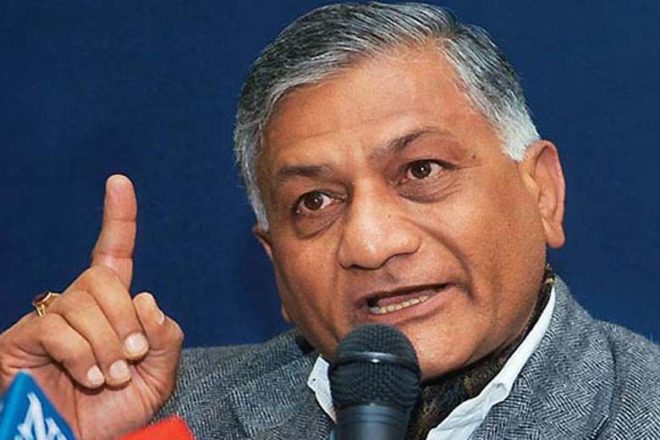 NEW DELHI : Congress leader Sonia Gandhi should apologise for her party’s Sandeep Dikshit likening the army chief to a “goon” and also disown him, union minister Nirmala Sitharaman said today. “We condemn it and demand that the Congress leadership, especially Sonia Gandhi, come forward and disown the leaders who are continuously insulting the army. They must apologise,” Ms Sitharaman said, questioning whether it was a “Congress strategy to undermine the army’s confidence”.

The minister added, “They shame and demoralise their own army. The kind of words…the latest bout of words shocks me and my party…These are coming from eminent leaders of the (Congress) party, a party which governed us for the last 60 years

Mr Dikshit, a former Congress lawmaker and the son of former Delhi Chief Minister Sheila Dikshit, has apologized after using the words “Sadak ka goonda (street goon)” for Army Chief Bipin Rawat.
“Ours is not a mafia Army like Pakistani army which makes statements like goons on the street. It looks bad when our Army chief gives a statement like a sadak ka goonda,” Mr Dikshit had said. The comment made to a journalist generated outrage and widespread criticism.

The Congress leader was apparently referring to General Rawat’s statement defending an army officer’s decision to strap a civilian to the front of his jeep as a “human shield” against stone-throwing protesters in the Kashmir Valley.Among the first to react was Union Minister of State for Home, Kiren Rijiju, who tweeted: “What’s wrong with Congress? How dare Congress call Indian Army chief as ‘sadak ka gunda’!!”

Mr Dikshit said last evening: “I have reservations on a comment of the Army chief but I should have chosen appropriate words. I apologize.” The Congress has distanced itself from Mr Dikshit’s comments.ndtv.