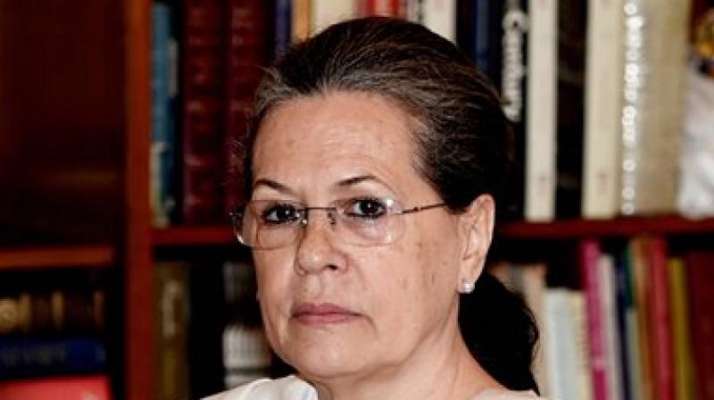 NEW DELHI : Congress President Sonia Gandhi , was on Sunday evening admitted to the Sir Ganga Ram Hospital in Delhi .According to ANI, the 73-year-old has been admitted to the hospital for a routine check-up.
Her son Rahul Gandhi and daughter Priyanka Gandhi Vadra are present at the hospital, sources told Details Gandhi admitted to Ganga Ram at 7 pm today According to NDTV, Gandhi was admitted to the Ganga Ram hospital at 7 pm on Sunday.
According to Sources Gandhi is being treated for fever and breathing issues.
However, sources told PTI reported that Gandhi was suffering from stomach ache. She will undergo some tests at the hospital. Notably, Gandhi did not attend the Union Budget presentation in the Parliament on Saturday.
Twitter Post ANI was the first to report on Gandhi’s hospitalization History In 2011, Gandhi had surgery in US Notably, until last year, Gandhi was periodically visiting the United States for her medical review, accompanied by either her son Rahul Gandhi or daughter Priyanka Gandhi Vadra.
The Congress President had gotten a surgery at the Memorial Sloan-Kettering Cancer Center in New York, back in 2011. Her medical condition had remained undisclosed, however, it was reported that the surgery was successful. History Gandhi last admitted to Ganga Ram in May 2017
Incidentally, Gandhi was last admitted to the Ganga Ram hospital in May 2017 for food poisoning. In February 2017, she was admitted to the hospital after experiencing breathlessness and was discharged after a day. At the time, Dr. DS Rana had said Gandhi was an asthmatic and a change in weather impacted her lungs. In November 2016, Gandhi was hospitalized for high fever.