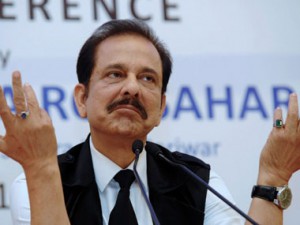 NEW DELHI: The Supreme Court on Thursday reserved order on conditions relating to Sahara Chief Subrata Roy’s release from jail. The SC had earlier said the application has to be looked into as in view of freezing of assets of Sahara Group companies it may not be possible for them to meet out their liabilities towards Salaries, wages, statutory liabilities and other corporate liabilities.
The apex court had on March 23 expressed “prima facie satisfaction” and granted three months time to Sahara Group for selling its offshore properties for raising Rs 10,000 crore to ensure the release of Roy.The bench said in the eventuality of failing in negotiations, its properties would be put to auction by appointing a ‘court receiver’ for alienating its assets.
Last week the company had informed the Supreme Court that it was ready to comply with the apex court’s order of paying Rs 10,000 crore for Roy’s bail including a bank guarantee of Rs 5000 crore.The apex court on August 31, 2012 had said the group was required to refund Rs 24,000 crore with 15 percent interest in three months to the depositors.
It had on March 26, 2014 asked 65-year-old Roy, who has been in Tihar Jail since March 4, 2014, to pay Rs 10,000 crore to get bail, out of which Rs 5,000 crore should be paid in cash and rest in bank guarantees.