KOLKATA: A CBI probe into the Saradha chit fund scam has been ordered by the Supreme Court on Friday, only three days before the fifth and final phase of polling in West Bengal.The order, some what resisted by the State government, is seen as a major setback to the Mamata Banerjee-led Trinamool Congress (TMC), as many of her party colleagues are allegedly involved in the multi-crore scam. 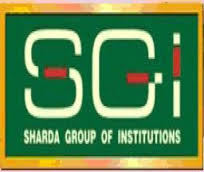 Trinamool MP Kunal Ghosh and the owner of the Saradha Group, Sudipta Sen, who allegedly shared cordial relationship with many TMC leaders, are behind bars and awaiting trial.Saradha Group raised money from lakhs of small investors through agents over last several years in West Bengal and adjoining States. Later, when the company failed to return the money, the scam came to fore and eventually the company owners and the top politicians were arrested.
TMC leader Kalyan Banrejee, who is also a candidate from Sreerampur constituency, said that the party is not “worried” about the CBI investigation.
“Its good CBI got the probe. CBI did many more investigations before, like the Rizwanur Rahman abduction and murder case or killing in Netai in Jhargram. They have failed to produce a charge sheet…lets us wait and watch if they able to solve this particular issue,” said Mr. Banerjee.
“Our intention was to get the money back for the lakhs of small investors. We are happy with the SC decision to hand over the probe to CBI,” said CPI(M) leader and candidate from Jadavpur constituency Sujan Chakravarty.Congress State president Adhir Chowdhury said that this order is a big “setback” for Ms. Banerjee as “her and her party’s image will touch the lowest of the levels.”“This is a personal loss to the CM (Mamata Banerjee), who was trying to protect her party colleagues,” said Mr. Chowdhury.On May 12, 17 of 42 constituencies are going to poll. This is the biggest phase in the five-phase election in West Bengal, where voters of two 24 Paraganas – North and South – with nine seats in all, will vote. These two districts are considered to have maximum number of Saradha investors and are equally strong bases of TMC.It will now be closely monitored by media and observers that how the CBI probe into Saradha scam, that affected lives of millions in these districts, influences the poll prospects of TMC in these predominantly rural areas with lakhs of small investors.