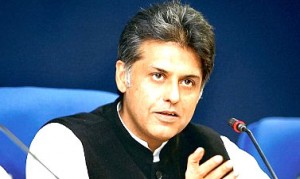 NEW DELHI :Claiming Aam Aadmi Party (AAP) was resorting to “gimmickry” as they know that they will not be be able to fulfil the promises made by them, I&B Minister Manish Tewari on Monday said it was high time the party transform from agitators to protestors.
“It is unfortunate, AAP knows they’ll not be able to deliver on the promises, so they are resorting to this gimmickry. AAP supporters, who are creating anarchy on the streets of Delhi tried, heckle me,” Tewari said.
“AAP was not given a mandate by the people of Delhi to create anarchy. It’s high time AAP makes the transition from being agitators to administrators,” he added.
Sources said the I&B minister was going towards the Shram Shakti Bhawan here to meet the Union Labour Minister when his car was stopped and he had to get out and walk on foot.
.