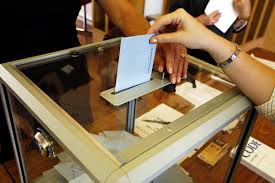 Kolkata: Congress high command is gradually pushed into Hamletian fix over electoral gloom that looms for the party in the coming LS election.
And to be or not to be seems to have put the high command in a dilemma on the issue of an electoral tie-up!
When recently Predesh Congress leaders met their leaders (not Sonia Gandhi, of course) last week its members expressed their unequivocal resistance to the idea of a tie-up with the Trinamool Congress and reported to have got a nod from party’s vice-chief Rahul Gandhi. “On grounds that Mamata Banerjee is not politically a consistent ally as her track records reveal nor her dominating attitude could always be tolerated,’’ said a very senior Pradesh leader who was in the team.
But what threw open a gate of speculations CPI(M)’s leaders, like Sitaram Yechury, meeting some very top Congress leaders in Delhi recently.
Incidentally, the State CPI(M) which is equally destined to an unenviable situation in the state, might sound “a better option as an unofficial ally,’’ another senior state Congress leader (who sees this as a greater political disadvantage) said, adding, “we do not expect more than six to five seats for Left in West Bengal then what is the use of having them as an ally? What is more we end up getting a bad name, by both the TMC and BJP.’’
But leaders in Congress who refuse to see reasons, like “inflation and economic-reform driven `jobless growth’ as their electoral debacle points’’ also see an electorally badly placed CPI(M) as more reliable rally with their avid dislike for Narendra Modi and BJP!
Interestingly, CPI(M) which was an obdurate ideological opponent of minority Congress-led UPA II, has of late deviated or softened up (from) their attacks on the Congress on these issues, like, economic reforms in public – may be Politbueau leaders from Delhi gave some new hints to their state comrades, while Mamata Banerjee is expected to stir up more heat and dust in her Brigade meet in last week of this month.
Though state Congress leaders are afraid of Prime Minister Manmohan Singh’s visit to Kolkata for a day on 1st and 2nd February! “We do not want Singh to give an audience to Chief Minister,’’ said a senior Pradesh leader.
But Congress without a tie-up in Bengal whether with TMC or (unofficially with Marxists) look doomed without any prospect.