NEW DELHI :  At a time when a book from Prime Minister’s former media advisor Sanjaya Baru has created political ripples, a new book from former Coal secretary P C Parakh is going to add fuel to the fire. In the memoir titled Crusader or Conspirator? Coalgate and other Truths, which will be released on Monday, Mr Parakh says the Prime Minister was unable to prevent his own junior ministers from blocking a move towards a more transparent system of bidding for coal blocks.
Mr Parakh has said in the book, “After the Prime Minister approved open bidding in 2004, letters poured in opposing the move. A few Ministers of States tried to scuttle the proposal, but the Prime Minister remained silent on their repeated attempts to stall open bidding.” 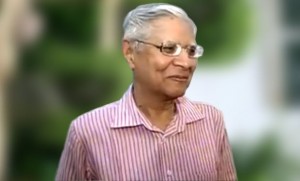 Claiming that the Prime Minister was heading a government in which he had “little” political authority, Mr Parakh says that Dr Singh was unable to counter vested interests within his party and government.The book, however, says that it must be said to the credit of the Prime Minister, that at no time did the Prime Minister’s Office make any recommendations or exert pressure in favour of any party.
Mr Parakh, who retired as Coal Secretary in December 2005, recalled an incident when he had gone to meet the Prime Minister on a farewell call after submitting his resignation to the then Cabinet Secretary B K Chaturvedi.Mr Parakh, 68, has said in his book that he had submitted his resignation after BJP MP Dharmendra Pradhan had insulted him during a parliamentary Standing Committee meeting and no response coming from the government.
“On August 17, 2005, I met the Prime Minister for a farewell call. I wanted to express my concern at the insult and humiliation that members of Parliament heap on civil servants and senior executives of public service undertakings,” he said in his book published by Manas publications.
Mr Parakh, against whom the CBI has registered a case in coal block allocation scam, said the Prime Minister expressed anguish and stated that “he (Singh) faced similar problems every day. But it would not be in the national interest if he was to offer his resignation on every such issue.””I do not know if the country would have got a better Prime Minister if Dr Manmohan Singh had resigned, instead of facing the humiliation of his own ministers not implementing or reversing his decision.
“By continuing to head a government in which he had little political authority, his image has been seriously dented by 2G scam and Coal-gate although he has had a spotless record of personal integrity,” Mr Parakh writes.
Mr Parakh, while referring to the conversation with Dr Singh, says in the book that it had become clear there was little chance of lasting reform in the coal sector with the limitations within which the Prime Minister functioned.