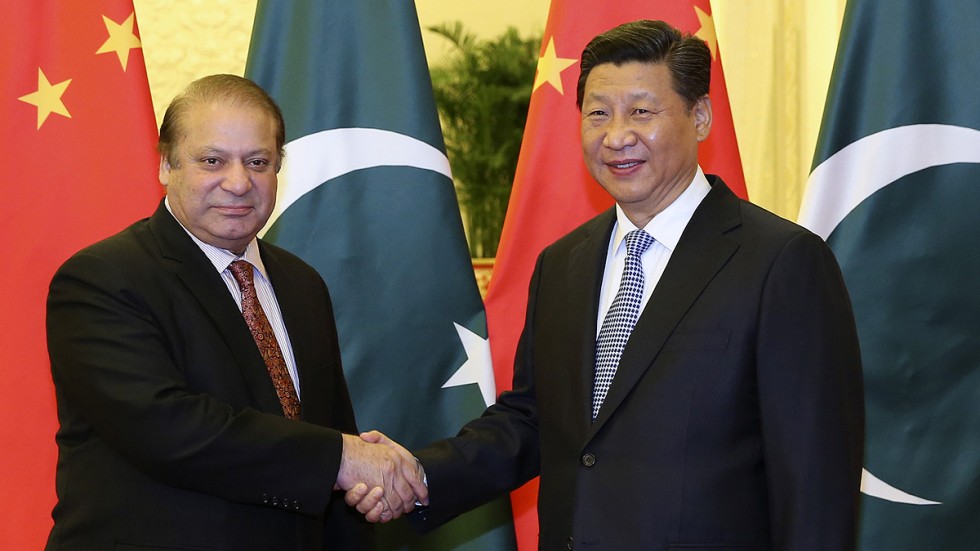 BEIJING : Visiting Pakistani Prime Minister Nawaz Sharif on Saturday said that China has always been supportive of Pakistan’s stance on the issue of Kashmir, stressing that his government wants to restart the stalled dialogue with India.”On the Kashmir issue, China has always been supportive of Pakistan’s stance and has assured to continue extending the same cooperation in future, as well,” Sharif said after meeting his Chinese counterpart Li Keqiang.
The Pakistani leader said both Islamabad and Beijing favoured negotiations with India as it is the “most viable solution to the Kashmir dispute”.His comments come days after China stated that its position on the issue of Kashmir “remains clear and consistent”.
“It is an issue left over from history between India and Pakistan, and shall be properly addressed by India and Pakistan through consultation and negotiation,” PTI quoted Chinese Foreign Ministry spokesman Geng Shuang a saying.
“The building of the CPEC does not affect China’s position on this issue,” he added. Ecoing his government’s stand on the issue, Chinese Ambassador Luo Zhaohui had recently said “China has taken care to India’s stand” that it should be resolved bilaterally in line with the Shimla Agreement.”We supported the relevant UN resolutions before 1990s. Then we supported a settlement through bilateral negotiation in line with the Shimla Agreement.
“This is an example of China taking care of India’s concern,” Luo had said.Of late, however, Pakistan has been calling for a “multilateral approach” saying that the bilateral approach has failed.The Pakistani leader is in China to attend a two-day conference on the One Belt One Road (OBOR) initiative starting on Sunday.Sharif told reporters that the scope of CPEC immensely increased with the Chinese investment swelling from USD 46 to USD 56 billion.He said such a huge investment was unprecedented in Pakistan’s history.