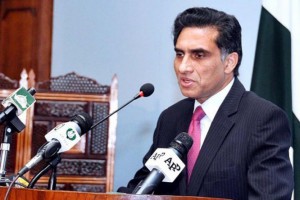 ISLAMABAD: Foreign Secretary Aizaz Chaudhry has said that the country has made low-yield nuclear weapons to deal with India’s cold-start doctrine that Pakistan claims was developed by Indian military for use in a possible war with the neighbouring nation.

It is the first time that a senior Pakistani official has given an explanation of the country’s decision to make tactical nuclear weapons, renaming it as the country’s proactive strategy, the Dawn reported.
Chaudhry also said that Pakistan would not sign any nuclear deal with the United States during Prime Minister Nawaz Sharif’s visit.Sharif will hold a meeting with US President Barack Obama on October 22. 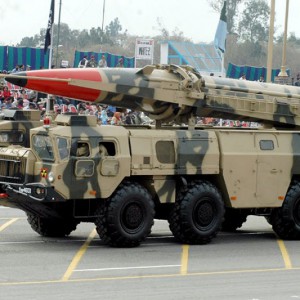 US reports have said that the Obama administration is trying to persuade Pakistan to sign a nuclear deal, which will enable Islamabad to join the Nuclear Suppliers Group if it agrees to accept certain restrictions on its nuclear programme.
Chaudhry said that Pakistan?s nuclear programme was not for starting a war but for deterrence.