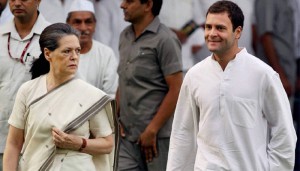 NEW DELHI: The Uttar Pradesh Congress convened a meeting here on Saturday in which it was decided that the party would contest the Uttar Pradesh Assembly elections on its own.
The decision taken at the ‘UP Congress Chitan Shivir’ puts to rest speculation of the Congress contesting the UP elections in alliance with regional parties.
The meeting, which was attended by UP Congress Working Committee (CWC) members, former Congress Ministers and MPs, was held at Himachal Bhawan.
UP Congress general secretary Madhusudan Mistry, UP congress president Nirmal Khatri, former union minister Salman Khurshid, Congress leaders P.L. Punia, R P N Singh, Rita Bahuguna Joshi, Rajiv Shulka were among those present at the meeting.

“All the senior leaders of the Congress party have rejected any coalition politics in Uttar Pradesh and they have asked that the Congress should contest the elections on its own,” R P N Singh told media after the meeting.
Meanwhile, former Union Minister Khurshid told ANI that the overall sentiment during the meeting was that to contest elections alone, but added that things depend on ground realities.
“In today’s meeting, the notion of alliance was out rightly rejected,” PL Punia told .