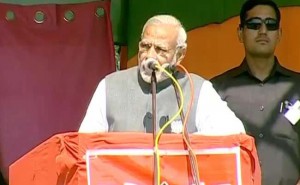 GOPALGANJ( BIHAR) Ahead of the fourth phase of Bihar Assembly elections, Prime Minister Narendra Modi addressed a rally in Gopalganj district.
These are the  highlights of the Prime Minister speech :