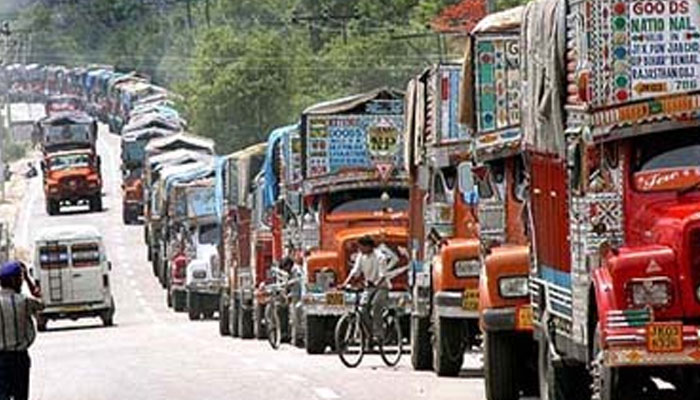 IMPHAL:  An economic blockade in Manipur led by the United Naga Council which had crippled the state’s transport for over 130 days will be lifted tonight. The decision was announced after Naga leaders met representatives of the new Manipur government today.

The blockade had started on November 1 last year after former Chief Minister Okram Ibobi Singh carved out seven new districts in the state. The protesting Naga groups had cut off the two main highways depriving the state of essential commodities.

Long queues at fuel stations became a common sight in the state capital of Imphal where the price of LPG cylinders shot up to for Rs. 2,000 each in the black market.Multiple rounds of negotiations between the Congress government and the Naga leadership was inconclusive.
Ahead of the state elections, the economic blockade had become a political talking point. While Union Minister of State for Home Affairs Kiren Rijiju had alleged that the economic blockade in Manipur was the “handiwork” of the state’s then Chief Minister Okram Ibobi Singh, Prime Minister Narendra Modi had vowed to end the blockade if BJP was elected to power in the state which was ruled by the Congress for 15 years.
In the recently concluded elections, the BJP delivered its best performance winning 21 seats in the 60-member assembly. It swiftly formed the government with the support of regional parties. The Congress, which had won 28 seats, lost power even after being the single largest party.
The new Chief Minister BJP’s N Biren Singh will take a trust vote tomorrow to prove his majority in the Manipur assembly.The economic blockade has been lifted on a day when BJP legislator V Hangkhalian is sworn in as Pro-Tem Speaker of the 60-member Manipur Assembly along with other state legislators.