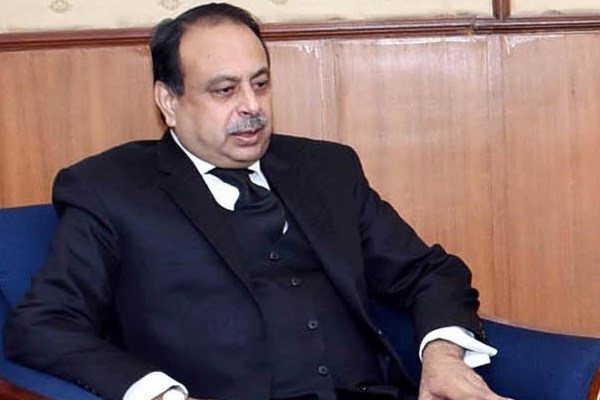 ISLAMABAD : Pakistan’s Attorney-General Ashtar Ausaf Ali will lead a team to the International Court of Justice (ICJ) at The Hague on June 8 for a meeting of “agents” from India and Pakistan with the court’s president to discuss the future proceedings in the Kulbhushan Jadhav case.

The decision to send the Attorney-General was taken at a meeting of the Parliamentary Committee on National Security on Tuesday to discuss Pakistan’s strategy in the case, Dawn reported. National Assembly Speaker Ayaz Sadiq chaired the meeting.
During the meeting of “agents”, the dates for subsequent hearings and submission of documents related to the case India has brought against Pakistan over the death sentence given to Indian national Jadhav following a “secret” trial will be discussed, the report said. Pakistan is also likely to indicate its intention to nominate an ad-hoc judge for the case.
The ICJ statutes provide for a state party to a case, which does not have a judge of its nationality on the bench, to choose a person to sit as an ad-hoc judge in that case.The parliamentary committee took up the issue after India was granted provisional measures by the ICJ on May 18 – restraining Pakistan from executing Jadhav, 46, who had been convicted of espionage and sentenced to death by a Pakistan military court.
India approached the ICJ citing that it had been repeatedly denied consular access to Jadhav in violation of the provisions of the Vienna Convention. The Attorney-General also briefed the participants of the meeting about the Pakistan government’s strategy for the case.The committee members were reportedly not satisfied by the explanations given by the government’s legal team about the case at the last meeting.
The National Assembly speaker told the media that he was satisfied with the briefing by the Attorney-General yesterday.Senator Sherry Rehman of the Pakistan Peoples Party, however, disputed Speaker Sadiq, saying that everything that was shared with the parliamentary committee members were ‘open source’ information and the replies were unsatisfactory.
“They have committed a lot of mistakes,” Rehman said.Yesterday’s meeting was the second time the committee had met on the Jadhav case. It will meet again on June 15.pti