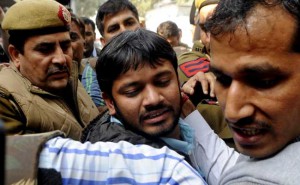 NEW DELHI: JNU student Kanhaiya Kumar was granted bail today by the Delhi High Court, nearly three weeks after he was arrested on sedition charges in a case that has led to mass protests and opposition allegations that the government is trying to crush dissent.
Granting the student leader bail for six months with conditions, the court appeared to liken his alleged offence to “infection in a limb”.”Sometimes students who misinterpret freedom of speech need to be cured.
Whenever some infection is spread in a limb, effort is made to cure it by giving antibiotics orally… if the infection results in infecting the limb to the extent that it becomes gangrene, amputation is the only treatment… To enable him to remain in the mainstream, at present I am inclined to opt for the conservative method of treatment,” said Justice Pratibha Rani. 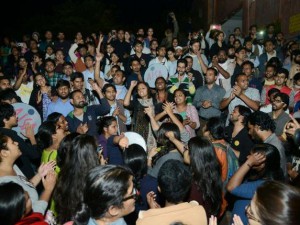 Mr Kumar has been asked to guarantee that he will not participate in any “anti-national activity” and that he will appear whenever required for investigations.
The 28-year-old student was arrested on February 12 and is in the Tihar Jail for his alleged role in an event at JNU or the Jawaharlal Nehru University on February 9 to mark the anniversary of the hanging of Parliament attack convict Afzal Guru, in which anti-India slogans were raised. Two more students, Umar Khalid and Anirban Bhattacharya have been arrested on the same charges.
Beginning her order with a patriotic song, the judge said: “Such persons enjoy freedom to raise slogans in comfort of university campus… without realising that they are in safe environment because our forces are there on the battlefield.”
Cheers erupted this evening among hundreds of JNU students who had launched protests demanding Kanhaiya’s release. The faculty of JNU will pay the bail bond of Rs. 10,000.
Earlier today, a forensic report revealed that two videos of the Afzal Guru event that were used as evidence of seditious conduct were doctored and words seen to incite violence were inserted in them.Mr Kumar was attacked before his last appearance in court around two weeks ago.
The police had argued against his bail saying they have enough evidence of anti-national activities.