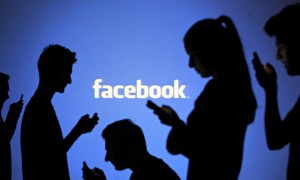 NEW DELHI: Most people in the developing world do not use the Internet, with access limited by high costs, poor availability and a lack of relevant content, a Facebook report has said.Facebook, which carried out the study through its Internet.Org initiative that aims to boost connectivity around the world, said the rate of growth on the Internet is slowing.
“By early 2015, three billion people will be online. This is an incredible milestone, but it also means that only 40 per cent of the world’s population has ever connected to the Internet,” the report said yesterday.In the developed world, some 76 per cent of the population is online, but the figure is just 29.8 per cent in developing nations, according to the research.
The rate of growth of Internet users was just 6.6 per cent in 2014, the fourth year of deceleration.”At present rates of decelerating growth, the internet won’t reach four billion people until 2019,” the report said.The report said tech companies, governments and non-government organisations need to do more to boost the number of people online.
The report said the three main factors which keep people offline were lack of infrastructure, affordability and the lack of relevant content for people in their languages.
“People aren’t using the Internet because they’re not aware of the Internet, there is insufficient content available in their primary language, or they can’t read or understand content that is,” the study found.”To provide relevant content to 80 per cent of the world would require sufficient content in at least 92 languages.”
The report said Wikipedia, for example, is available in just 52 languages.The report found some regions especially lacking in Internet use: only 16.9 per cent of people were online in sub-Saharan Africa and 13.7 per cent in South Asia.
Facebook found that mobile – or getting access to the Internet by connected phones – was a key factor in many parts of the world.The Facebook report said the Internet “increases opportunities for everyone” and its expansion “will exert a powerful effect on the global economy, particularly in the developing world.”
“A more connected world is a world of more opportunity, freer expression, and greater innovation,” the report said.Facebook chief executive Mark Zuckerberg was to discuss the findings next week in a speech at the Mobile World Congress in Barcelona.