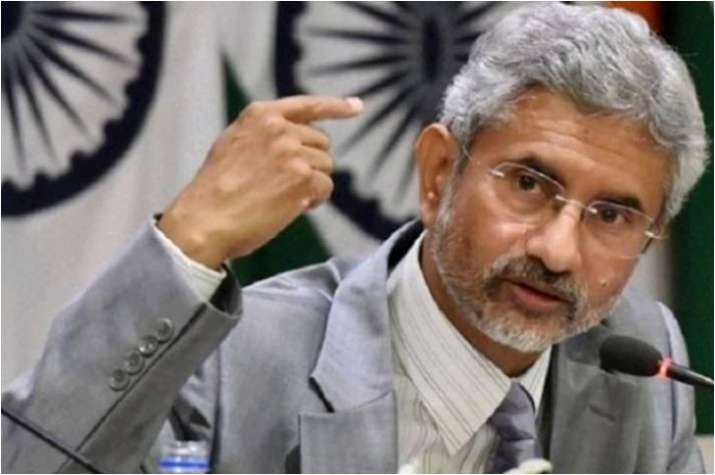 NEW DELHI : Foreign Affairs Minister S Jaishankar on Saturday called for peace and tranquility in border areas along the LAC and said if these are “deeply disturbed”  and this is obviously impacting the overall relationship between India and China.
“There must be peace and tranquillity along the Line of Actual Control in the border areas… If these are deeply disturbed then obviously there be will an impact on the relationship and that is what we are seeing,” said Jaishankar during an event.
India and China have been locked in a bitter standoff along the LAC since April-May over the transgressions by the Chinese Army in multiple areas in eastern Ladakh.
The Sino-India boundary question is a very “complicated” and difficult issue, he said at a webinar on his book “The India Way”, giving a historical perspective to development of the relationship between the two neighboring countries in the last three decades.

Earlier this week, Jaishankar had refused to divulge the progress of talks being held at the military and diplomatic levels between India and China to de-escalate the ongoing border standoff in Ladakh.

“What is going on is something confidential between us and the Chinese. (The) first rule of my business is do not predict what is still going on,” he had said, adding “it is work in progress”. The tension between the two countries escalated following the June 15-16 Galwan Valley clash in which 20 Indian Army soldiers including a Colonel were killed.
Last month, Jaishankar and his Chinese counterpart Wang Yi had agreed upon the five-point consensus to defuse the border tensions that included measures like quick disengagement of troops, avoiding action that could escalate tensions, adherence to all agreements restore “peace and tranquillity” along the LAC.

In a recent war of words between the two sides, a Chinese foreign ministry spokesperson had, a few weeks back, insisted that China abides by the LAC as proposed by then Premier Zhou Enlai to Prime Minister Jawaharlal Nehru in a letter dated November 7, 1959 and does not recognise “illegally established union territory of Ladakh”.

Reacting sharply to the statement, India had categorically rejected China’s “so-called unilaterally defined” LAC of 1959, and asked the neighbouring country to refrain from advancing an “untenable and unilateral interpretation” of the de-facto border.
Jaishankar made the comments against the backdrop of the over five-month-long border stand-off between India and China in eastern Ladakh where each side has deployed over 50,000 troops.

The Foreign Affairs minister said the relationship between India and China, which was “very difficult”, was normalised since late 1980s through a plethora of initiatives like trade, travel, tourism, and societal activities on the premise of peace and tranquillity along the border.
“It is not our position that we should solve the boundary question. We understand that it is a very complicated and difficult issue. There have been many negotiations at different levels… That is a very high bar for a relationship,” Jaishankar said.
(With Inputs from media Reports).