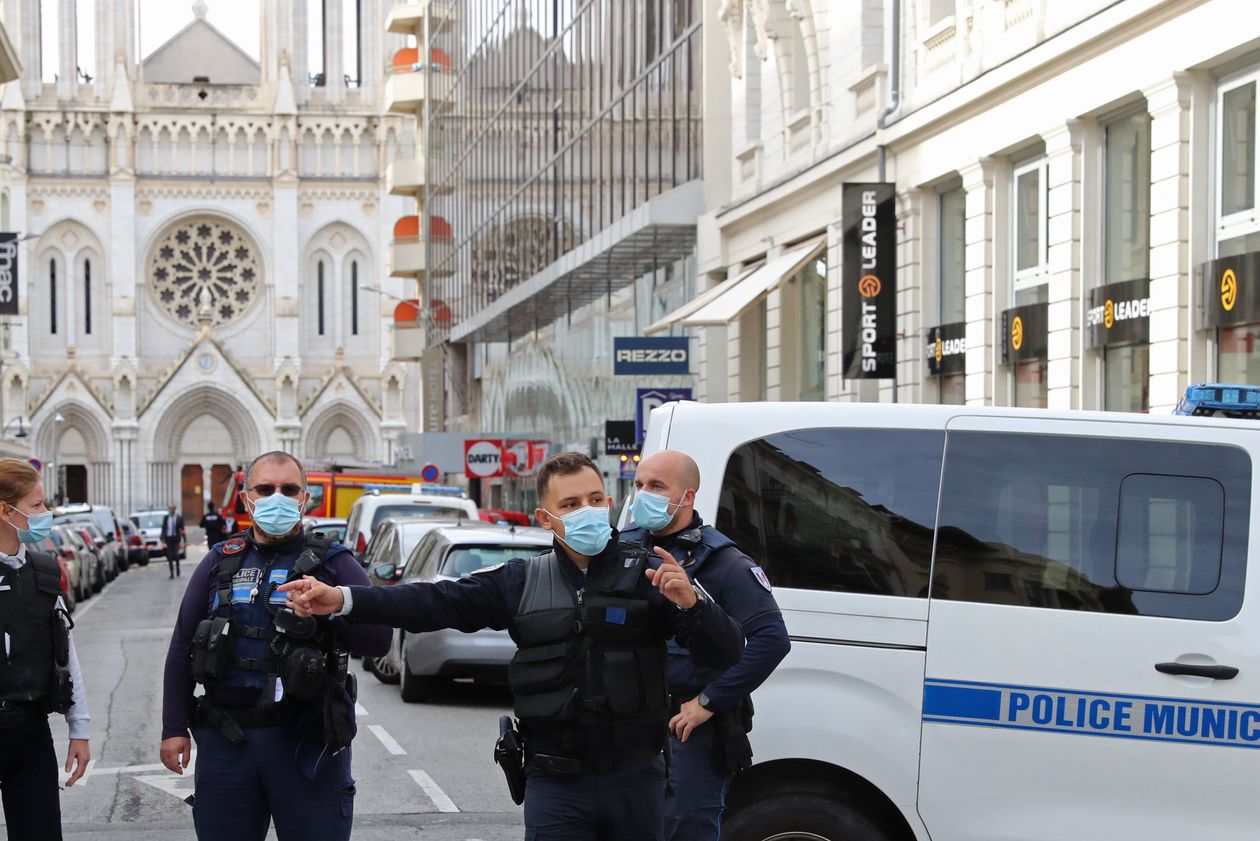 NEW DELHI : Prime Minister Narendra Modi reacted on the horrific knife attack in a French church on Thursday expressing his condolences to the families of the victims and the citizens of France. Strongly condemning the heinous attack, PM Modi declared that India stood by France in the fight against terrorism.

PM Modi’s support to France comes hours after three people lost their lives in a brutal knife attack inside a church in the Southern French city of Nice.
In yet another shocking and brutal attack in France, a knife-wielding man shouting “Allahu Akbar” beheaded a woman and killed two other people in a suspected terrorist attack at a church in Nice on Thursday, police and officials said.
PM Modi tweeted, “I strongly condemn the recent terrorist attacks in France, including today’s heinous attack in Nice inside a church. Our deepest and heartfelt condolences to the families of the victims and the people of France. India stands with France in the fight against terrorism.”
The attack comes while France is still reeling from the beheading earlier in October of French middle school teacher Samuel Paty by a man of Chechen origin in a suburb of Paris after he had shown caricatures of Prophet Mohammad. The 47-year-old Paty was beheaded by an 18-year-old Chechen Muslim.
The attacker had said he wanted to punish Paty for showing pupils cartoons of the Prophet Mohammad in a civics lesson. It was not immediately clear if Thursday`s attack was connected to the cartoons, which Muslims consider to be blasphemous.

Since Paty`s killing, French officials – backed by many ordinary citizens – have re-asserted the right to display the cartoons, and the images have been widely displayed at marches in solidarity with the killed teacher.
That has prompted an outpouring of anger in parts of the Muslim world, with some governments accusing French leader Emmanuel Macron of pursuing an anti-Islam agenda. The French media has reported that one of the three victims was brutally beheaded by the attacker, who has now been arrested. Apart from the three deceased, several others have been injured in the incident.
Christian Estrosi, the Mayor of Nice has come forward to reveal that the attacker, shouted “Allahu Akbar” while he was being restrained by the French Police. Taking to Twitter, Estrosi termed the incident as “a terrorist attack”, calling for an end to “fascism” in the country.
The attack comes days after a French teacher was brutally decapitated in a similar manner by a man who allegedly shouted “Allahu Akbar”, outraged after the teacher showed cartoons of Prophet Muhammad in class. French President Emmanuel Macron said that the teacher, Samuel Paty, “was killed because Islamists want their future” strongly declaring that France would “not give up its cartoons”.
Even before PM Modi’s expression of support, the Ministry of External Affairs (MEA) had condemned the personal attacks launched at Macron, owing to his recent tough recent on terrorism calling them a “violation of the most basic standards of international discourse”.
The MEA  has also condemned the brutal killing of the French teacher, saying that there is ‘no justification’ for terrorism for any reason or under any circumstance.
The row between France and Islamic nations has escalated over Macron’s strong clampdown on terrorism in the nation. Turkish President Recep Tayyip Erdogan had earlier alleged that Macron “needed treatment” for his mental condition over his crackdown on terrorism, which he said was a crackdown on Islam and Muslims.

There is no justification for terrorism for any reason or under any circumstance,” the statement added. The French envoy to India, Emmanuel Lenain, thanked MEA for the support tweeting, “France and India can always count on each other in the fight against terrorism”.
(with inputs from Reuters).