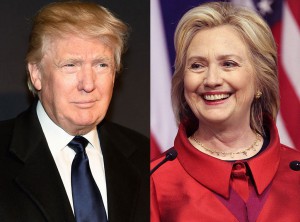 WASHINGTON: Hillary Clinton and Donald Trump have moved a step closer to securing the Democratic and Republican tickets for US Presidency by winning their respective primaries in New York state.

Trump easily won his nominating contest on Tuesday, moving closer to capturing enough delegates to clinch the nomination and avoid a contested convention in July. The billionaire’s big victory in his home state gave him renewed momentum in the Republican race and pushed him closer to the 1,237 delegates he needs to win the nomination.

Clinton also won in New York, which she once represented in the US Senate, blunting the momentum of rival Bernie Sanders and taking a big step toward wrapping up the nomination.
The victories for Trump and Clinton set both up for strong performances next Tuesday, when they are expected to do well in five other Northeastern state primaries.