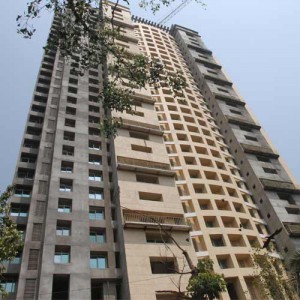 The High Court also ordered an inquiry against politicians, ministers and officers who were involved in the Adarsh Housing Society scam.The high court also gave 12-week time to Maharashtra government to appeal in Supreme Court against the order.

Though the BJP welcomed the high court ruling, Ashok Chavan, the former Maharashtra chief minister, refused to react on the court judgement in the Adarsh Housing Society case. The Bombay High Court had in December last year reserved its order on a bunch of petitions in connection with the Adarsh Cooperative Housing Society case.
A division bench of justices RV More and RG Ketkar had in September started final hearing in the petitions including one filed by the society in 2011 challenging an order of demolition passed by the Union Ministry of Environment and Forest and a petition filed by the Ministry of Defence seeking implementation of the demolition order.
The 31-storeyed residential building located in plush Colaba has been embroiled in a controversy for flouting several environment norms and regulations and for allegedly not taking the requisite permissions.
The Defence Ministry has been claiming ownership of the land where the Adarsh building stands. It has also claimed that the building poses a high security risk.
In January 2011, the Union Ministry of Environment and Forest had issued a demolition order on the ground that the Society did not have Coastal Zone Regulation clearance. The building remains unoccupied and without electricity and water supply.
The controversial 31-storey Adarsh Housing Society in Mumbai.
The High Court today also directed the Maharashtra Government to initiate criminal proceedings against politicians, ministers and bureaucrats, if not already done, for misuse of powers while granting permissions to Adarsh.
The multi-crore Adarsh scam, unearthed in November 2010 had sparked a political controversy in Maharashtra leading to resignation of then Chief Minister Ashok Chavan, whose name appeared in CBI charge sheet. Two former Maharashtra Chief Ministers, Sushil Kumar Shinde and Vilasrao Deshmukh were also allegedly involved in Adarsh Scam.
Standing on a prime piece of land in South Mumbai’s Colaba, Adarsh Society was originally meant to be a six-storey structure to house Kargil war heroes and war widows but was eventually developed into a 31-storey high-rise flouting several environment norms and without requisite permissions. The building remains unoccupied and without electricity and water supply.