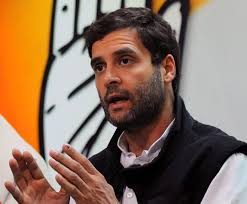 NEW DELHI : The UPA government will not invoke the emergency powers of the Constitution for promulgating ordinances ahead of the Lok Sabha polls, due by May, sources said today. The Congress Core Group, in a late evening meeting, has reportedly decided not to go for the ordinance route to bring the anti-graft bills being pushed by Congress vice president Rahul Gandhi into effect.
According to top sources, the government was unsure whether President Pranab Mukherjee would give his nod to the ordinances. Prime Minister Manmohan Singh will meet President Mukherjee before flying out to Myanmar, but sources said the government is unlikely to pursue the matter further.
A massive political backlash was expected if the bills were pushed through ordinances, as a government, which has entered its last lap, conventionally, leaves the fate of such bills to be decided by the next government.
The UPA had failed to rush these bills through in the last session Parliament. Two of them, the Prevention of Corruption (Amendment) Bill and the Rights of citizens to Timebound Delivery of Goods and Services and Redressal of Grievances Bill, were an important part of the plan set in motion by Mr Gandhi to reclaim the anti-corruption plank, which has been appropriated by Arvind Kejriwal’s Aam Aadmi Party and Narendra Modi’s BJP.
The BJP and the AAP have been hitting out at the Congress’ governance track-record and its failure to rein in corruption at high places. The last five years of UPA rule have seen several corruption cases bursting in the open, denting the government’s image.