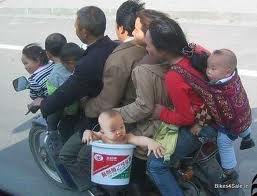 EW DELHI : Petrol price was today hiked by 60 paise a litre, the second increase this year, and diesel by 50 paise per litre, the 14th hike since January 2013.The hikes, effective from midnight tonight, are excluding local sales tax or VAT and actual increase will be higher and will vary from city to city.
Petrol price, which was last hiked by 91 paise on January 4, will cost Rs. 73.16 a litre in Delhi from midnight tonight, up 73 paise from Rs. 72.43 at present.In Mumbai, the fuel will cost Rs. 82.07 a litre as against Rs. 81.31 at present.
The price of diesel in Delhi will be hiked by 57 paise, including tax, to Rs. 55.48 per litre, while it will cost Rs. 63.86 a litre in Mumbai as against Rs. 63.23 at present.
Announcing the price hike, Indian Oil Corp, the nation’s largest fuel retailer, said petrol price has been hiked because international oil rates have risen and rupee depreciated against US dollar, making imports costlier.The diesel price increase is in line with the January 2013 decision of the government to raise rates by up to 50 paise per month till such time that the entire losses on the fuel are wiped out, and prices made market determined.
IOC said even after the 14th price hike since January 2013, the oil companies are incurring Rs. 8.37 per litre loss on sale of the fuel.
Since January 2013, diesel rates have risen by a cumulative Rs. 8.33.Besides diesel, oil firms are losing Rs. 36.34 a litre on sale of kerosene through public distribution system (PDS) and Rs. 605.50 on every 14.2-kg domestic cooking gas (LPG).