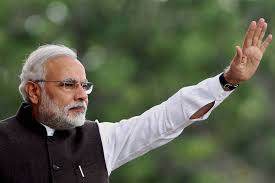 NEW DELHI: The government has announced reforms touching 15 sectors, easing foreign direct investment or FDI in mining, civil aviation, defence, broadcasting, construction.
The major reforms push comes two days after the ruling BJP suffered a crushing defeat in the Bihar assembly elections. Also, a day before PM Modi leaves for his first visit to the United Kingdom, focussed predominantly on business and investment.
“To further boost this entire investment environment and to bring in foreign investments in the country, the Government has brought in FDI related Reforms and liberalisation touching upon 15 major Sectors of the Economy,” the government said in a press release that listed the sectors for which FDI measures have been announced today.
It said, “The crux of these reforms is to further ease, rationalise and simplify the process of foreign investments in the country and to put more and more FDI proposals on automatic route instead of Government route where time and energy of the investors is wasted.

The announcement comes amid fears of a further slowdown in economic reforms after the BJP was soundly defeated in Bihar by the Nitish Kumar-led Grand Alliance.
The Bihar result on Sunday dealt a body blow to Prime Minister Narendra Modi’s plans to win most state elections in the next three years to gain full control of Parliament and push key reforms.

The government is in a minority in the Rajya Sabha or upper house which is selected by state assemblies, and opposition parties have blocked most of its reforms including the Goods and Services Tax bill, the biggest overhaul of taxes since independence.

Investors are already fretting over the delay in reforms and the Bihar defeat is expected to galvanise opposition parties ahead of Parliament’s winter session and five state elections next year.

The FDI move today is also seen as aimed at sending out the message that the government continues to be focussed on the economy and counter the criticism that PM Modi’s Bihar campaign deviated from his development agenda.
Since taking office in May last year, the Narendra Modi government has increased FDI limit in the insurance sector to 49 per cent and allowed foreign participation in the defence sector to up to 49 per cent. The government has also allowed up to 100 per cent FDI in railway projects.
This year, India was rated ahead of China and the US as the world’s number one destination for foreign direct investment, according to The Financial Times newspaper.
India received $31 billion in foreign capital inflows in the first half of 2015; China was second with $28 billion and US third with $27 billion, the report said.